The DKW-Cup, was presented to the Scheme by RW Bro David Kenneth Williamson PAGM, Founder President of the Universities Scheme, on his retirement as President at the Scheme Conference on Saturday 7 November 2015.

The aim of the DKW-Cup is to encourage inter-visiting between Universities Scheme Lodges and further the goals of fraternity and togetherness.

With the success of the Universities scheme now at an impressive 90 participating Lodges, the Committee thought it was time for them to start to work together and also further promote the scheme.

So they set a challenge to every Scheme Lodge to participate in a relay covering a distance of 2021 miles. It was hoped to make this a DKW challenge like no other and all Charities raised will go to support the Duke of Edinburgh Memorial Fund through the DKW relief chest.

Rather than risk damaging the original silver cup, a 3D-printed replica was made to be passed around between participants: interestingly enough, in the accompanying paraphernalia, there was a canister of silver spray-paint to apply to any damage; and according to one report, the knob at the top of the lid had to be super-glued back on!

The relay began on 9th June, setting off from UGLE HQ and reached Bath, via Cornwall on 24th June, when the Provincial Grand Master for Somerset, RW Bro David Medlock DL was pleased to welcome it prior to its onward journey to St Vincent Lodge in Bristol; who, in turn, were due to take it over the border to Wales the following day.

The cup is due back at UGLE on 8th September. 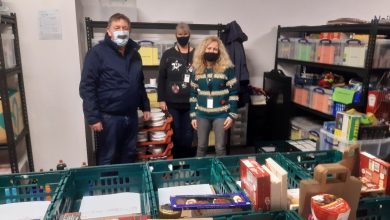 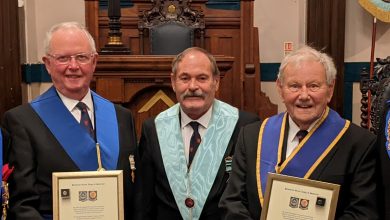 50 years for Peter and Mike 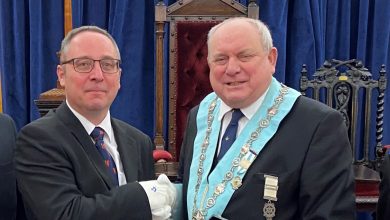 Travelling Trowel on the move from Rural Philanthropic Lodge 291 to Birnbeck Lodge. 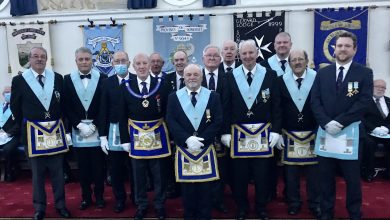 The last meeting of Cornucopia Lodge No 9043