Estune Lodge held their final meeting of the year on Tuesday the 21st December and what a night it was with W Bro Geoffrey Ivor Nash receiving his 60th Year Veterans Certificate presented by APGM Martin Slocombe.

Geoffrey was first was initiated into Freemasonry in January 1961 and Raised May 1961 since then Geoff has had a very colourful Masonic career by being a valued member of The Royal Arch Chapter, The Mark Degree and The Royal Ark Mariner Degree. Geoffrey also attained several Provincial Grand Ranks as PPGSwdBr in 1994, PPJGW and PPSGW in Bristol in 2002. Geoff was the Worshipful Master in Estune Lodge for a Past Masters Second Degree January 2018 before becoming a joining member in 2001.

Geoff gave a brief insight to his career during the presentation which again painted a colourful picture.

Well Done Geoff what a very impressive career in Freemasonry.

Geoff (together with his brother Robin) was also presented with a certificate in his Mother Lodge, Royal Clarence in the Province of Bristol. 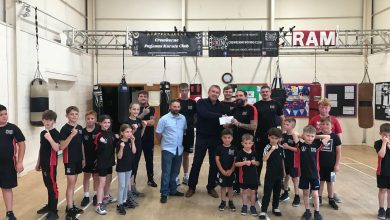 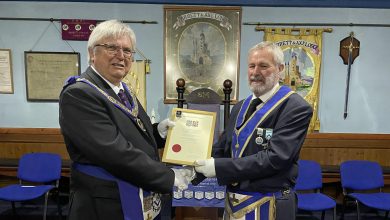 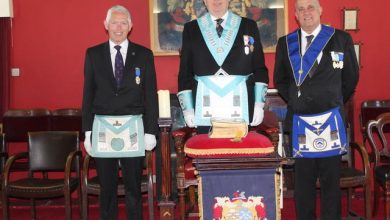