Worshipful Brother Barry was a Cornishman, and very proud of it. Although born in Cornwall on
18th February 1948 his formative years were spent in Uganda, Kenya and Tanzania (then
Tanganyika) in East Africa with his family returning to England in 1961. He joined the Cubs and
Scouts and became an active sportsman, taking part in sailing, horse riding, football, rugby, cricket
and golf.

His professional life was centred on scaffolding in the construction industry, starting as a
scaffolder, progressing into management and eventually retiring as a divisional director in a large
national UK scaffolding company.

He married Bonnie and became a family man. However, after
her death some years ago he eventually married Margaret (known as Peggy) in America. She has
supported him in all his activities for which we thank her wholeheartedly.

Barry was initiated in Breanick Lodge No 8610 at St Agnes in Cornwall in 1977 progressing to the
Chair in 1986 and receiving the rank of Past Provincial Grand Standard Bearer in 1993. He was
exalted in Trevaunance Chapter No 4668 also in St Agnes in 1978, succeeding his father as First
Principal in 1990. He was subsequently honoured with the rank of Past Provincial Grand Scribe
Nehemiah.

Barry moved to Somerset with his job and joined Vivary Lodge No 8654 in 1992, having been a
regular visitor for several years. He was appointed first as Assistant Director of Ceremonies and
then as Director of Ceremonies in which capacities he served the Lodge for seventeen years before
becoming Worshipful Master in 2015. In Grand Lodge he was appointed Junior Grand Deacon in
2019 and promoted to Past Deputy Grand Sword Bearer in 2021.

Barry greatly believed in doing everything properly, recognising right from wrong throughout his
life in accordance with Masonic principles.

The Brethren of Vivary Lodge will miss him greatly. 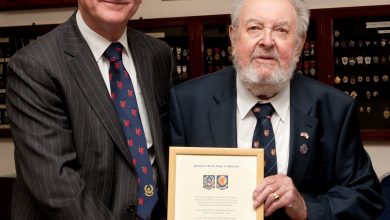 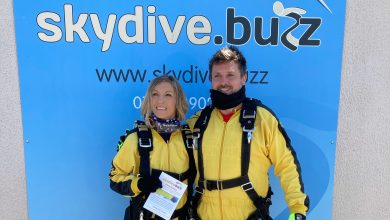 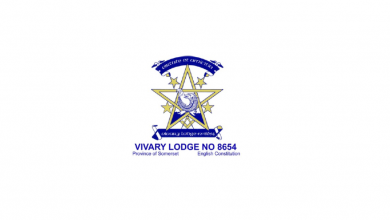