It has been 21 months since Somerset First Principals Chapter No 3746 last met due to the Covid pandemic. So it was with both anticipation and a little trepidation that the meeting at Clevedon Masonic Hall took place on Thursday 24th June.

Covid precautions were in place, everyone of the twenty eight atendees had their temperature taken on entering the building, masks had to be worn except when seated and social distancing measures were observed.

The Chapter was opened by the three Principals, E.Companion Maldwyn Davis as Z(acting), E.Companion Ray Beckingham as J(acting) and E.Companion Richard Ellis as H. The ceremony was modified to incorporate social distancing as was the closing ceremony, not quite the Royal Arch as we know it but it was an interesting variation!

Unfortunately Excellent Companion Andy Gray, the current Zerubbabel (Master) who was due to give a talk on the Royal Arch was unable to be present due to illness. His place was taken this evening by acting Z, Maldwyn Davis who gave an interesting short history of the Chapter that was acclaimed by the Companions present.

The Almoner, Ray Beckingham reported that the Grand Superintendent, E.Companion Barry Woodside was still in hospital following his illness but was hoping to return home this weekend.

There was some humour injected into the proceedings when a Companion’s phone went off and he could be seen juggling with it desperately trying to silence the voice of his young Grandson who was excited to tell him it was his third birthday today! A cautionary tale for us all Brethren and Companions, when you do go back to Lodge/Chapter make sure your phone is on silent!!!

The meeting was followed by an excellent Festive board (socially distanced) provided by Neil and Zena. 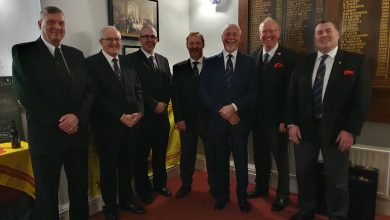 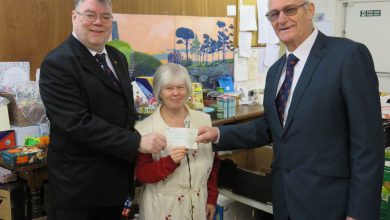 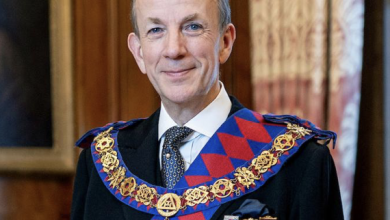 Being a Royal Arch Mason – A Reflection 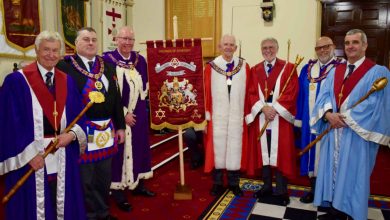