Brethren of Connaught Lodge took part in the Celebration of the 73rd Anniversary of the NHS on July 5th.

The day started at the “Crack of Dawn” with the raising of the NHS Banner. Luckily a “Boy Scout” happened to be passing and showed us how to tie knots!!!

At 11am the Brethren present observed the national two minutes silence in respect of all those who lost their lives in the service of others.

The next eight hours!! Was taken up by the assembly of the brand new (and very expensive!!) Connaught Gazebo!

At 7pm the main event of the day started, with the maximum allowed to attend, of 30.

This was to present five cheques of £1,000 each to the following:

“NHS Charities Together” Represented by “Emergency Care Assistant” Hayley Biggins and presented by her Husband and also a “ECA” Bro. Sean Biggins

“Children’s Hospice South West” Represented by their Head of fund raising, Emily Richard and presented by the Lodge “Communications Officer” and organiser of the event, W.Bro. Chris James

A great day, enjoyed by all and the Bar didn’t do too badly either!!

The “New Gazebo” after erection. Unfortunately the door was zipped up before the Brethren inside came out!! But not daunted “Pints of refreshment” were found to just fit under the side flap!!!

Connaught Lodges next event will be on July 23rd when we will be Unveiling a plaque to the memory of the only Connaught member to make “The Ultimate Sacrifice” in any conflict, Bro. Percy Blinman. It will be attended by the President and members of the local “Royal British Legion” Local dignitaries and descendants of the Blinman family.

If any Brethren who are serving members of the Armed Forces or Past members would like to attend please contact the Lodge secretary on: secretary3573@btinternet.com 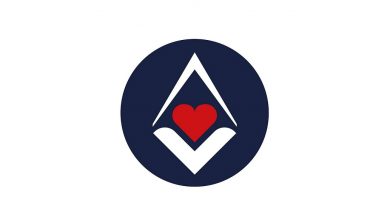 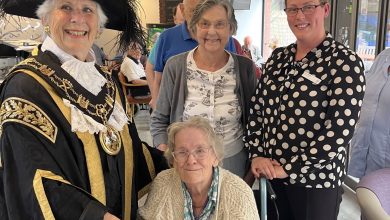 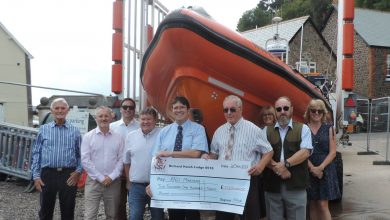 Richard Huish Lodge 8518 Support The Minehead Lifeboat By Donating Over £2000!