To me, gardening is about taking a piece of ground and fashioning it to be pleasing to to the eye. I also like it when I can eat what that produces.
We bought our house in Somerset because it had no garden to look after. Our other house, in France, has a huge garden, with lawns and fruit trees. We last returned from France on 7 March and, shortly after that, I was instructed to shield myself, so that I was required to stay indoors. After being restricted to my house for three weeks, I decided that I would clear the weeds from the only bit of ground that we have that has not been concreted or built on. I took the first picture, 697, on 23 April, to show my children that I had achieved something. When I started, the patch was covered in brambles, ivy, bindweed and bluebells. The biggest of the bramble stems were around an inch in diameter, so cutting them back was a big task and digging out their roots was even bigger.

I sought advice about how to move the bluebells, because they are pretty when they flower and my wife likes them. Picture 697 was taken just before I moved the bluebells. If you look carefully, you’ll see them in a line, just beyond the cleared ground.

After another three weeks, I had moved the bluebells and cleared the weed roots from the ground. At the top left of picture 723, a vertical green stem can be seen. That is the last remaining bramble, which I have tied to the fence post and trimmed into a shape like a standard rose. The bluebells are in the ground in a line parallel to the fence, in front of that bramble.

I believe that the patch, which is above waste height, was created to provide somewhere to put all of the rubble that was left over after our house was extended, about twenty years ago because, as picture 725 shows, I found a terrific number of pieces of building blocks, bricks and pieces of stone as I dug through the earth. As I can’t dispose of them anywhere at the moment, they are collected at one end of the plot.

It is unfortunate that the ground is in shadow in picture 726, but it was evening and I had just planted the tomato and cucumber plants that our local garden centre had delivered. I had no canes, so I improvised with various pieces of wood for the tomatoes and some trellis panels, which used to be on the front wall of the house, for the cucumbers.

Now, a further two weeks on, it is the end of May and picture 746 shows that all of my plants have taken and the tomatoes are all beginning to flower. The cucumber plants are bigger than they were and, not being much of a gardener, I am feeling quite pleased with my efforts. The shadow on the left of the picture is from my bramble “tree”, which is in flower and will soon produce blackberries. 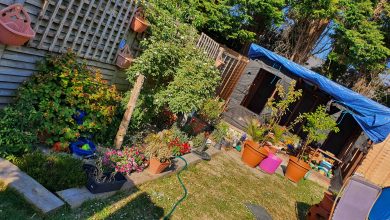 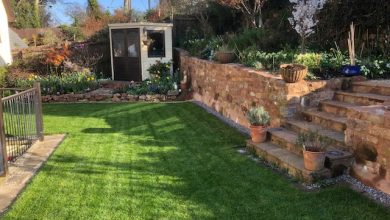 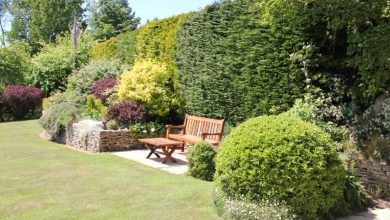 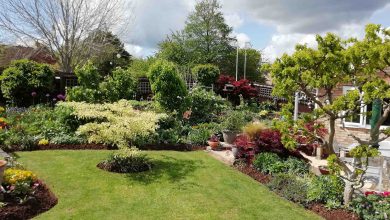