Originally built as a Roman Catholic Chapel in 1812 the building was dedicated as the Taunton Masonic Hall in 1897. As you can see from the photograph the Hall has a Stucco front with large Ionic Pilasters supporting a dentil eaves cornice over the Main Entrance.

Warranted in 1788, the Lodge originally met in Ilminster but moved to Taunton just 5 years later. Previously meeting at the London Inn, then Clarkes Hotel in Taunton, the Lodge was responsible for acquiring what is now the Taunton Masonic Hall in the late 19th Century

Warranted in 1906, St George Lodge is the Daughter Lodge of Unanimity & Sincerity. The Lodge was Consecrated at the London Hotel Assembly Rooms in Taunton, (which is now Marks & Spencer) and celebrated it’s Centenary in 2006

Consecrated on 1st October 1930, the first Master was Brigadier General C. L. Norman who went on to become Provincial Grand Master for Somerset in 1935.
The 25th anniversary was held on 6th October 1955, RW Bro Norman attended accompanied by numerous Provincial Officers. He was presented with a silver salver inscribed with the signatures of the Lodge Members. This was returned to the Lodge in November 1980 and is used during the alms collection at every meeting.
2005 saw the 75th anniversary celebration when W. Bro. Darren Sinclair initiated his brother Jason into the Lodge.
The Lodge continues to go from strength to strength and welcomes visitors and new members alike.

Queen’s is a School Lodge. Our Membership is drawn from former pupils, their relatives, staff, Governors and others with a connection with the School. We have a good age spread and enjoy a very friendly atmosphere meeting four times a year, in March, May, October and December, alternately in the morning and afternoon, followed by either lunch or dinner and always welcome an excellent complement of visitors. We maintain a strong connection with the School and hold at least one social event there each year, supporting the School or one of its chosen charities with an annual donation and two prizes to senior pupils at Speech Day for community service activities.

Taunton School Lodge, which meets at the Taunton Masonic Hall, was consecrated in 1968 as the daughter lodge of the London based Old Tauntonian Lodge. The two lodges are strongly linked. Taunton School Lodge is open to former pupils of the school, masters and others closely connected to the school. It is also open to parents of pupils at the school who wish to be initiated into Freemasonry.

Members of the Richard Huish Lodge are generally linked to the School / College but we welcome members without such a connection. Masonry is about learning and sharing. As a School Lodge, we meet less frequently than many Lodges, and on a Saturday rather than mid-week, reflecting our school-based origin. School Lodges often have smaller membership but make up for that through camaraderie and encouragement. We have plenty of Visitors from other Lodges, who always receive a warm welcome. If you’re interested in Masonry, and a small and friendly Lodge meeting at weekends is more suitable for you then we’d be pleased to hear from you.

Vivary Lodge was founded in October 1975 to provide a Masonic home for members and potential members coming to Somerset in general and Taunton in particular for business, retirement or just to live

The Vivary News (as below) is published to inform all, including non members, of the activities and interests of the Lodge. The Lodge secretary will be pleased to answer any questions readers may have.

Emergency Services Lodge was formed in 1990, specifically to cater for those who, as the name suggests, are either now or were in the past associated with any of the three emergency services. Our members are therefore retired or serving members of those services, or have a connection in some way to them, however tenuous. We have a reputation for friendliness and good humour, and regularly participate in fraternal visits to like lodges in neighbouring counties.

From the North and East, follow the main ‘through’ route through the town; signed A38 Exeter. Just past Temple Methodist Church and before Pedestrian Tfc L turn right into ‘The Crescent’. MH approx 45yds on right; entrance through small blue door on left of steps. Limited parking adjoining Hall but PCP (Pay and Display before 18.00 hours) down turning off Crescent further north. On- street parking in The Crescent after 18.00 hours.

From the West, enter town along Wellington Road, follow main ‘through’ route signed A38 Bristol, turn left into The Crescent just after Police Station and Pedestrian Tfc L. MH as from the north and east.

From Minehead, turn left at R/Abt at ‘Cross Keys’ at the junction of the B3227 and A361;; turn right at the next R/Abt (marked Wellington), continue across railway bridge to next R/Abt and turn left on to Wellington Road, then as ‘From the West’. 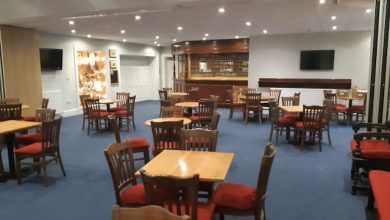 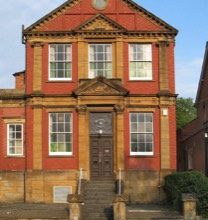 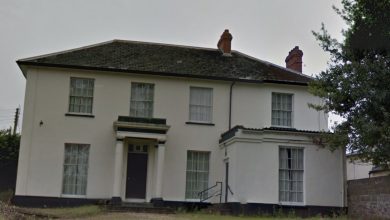